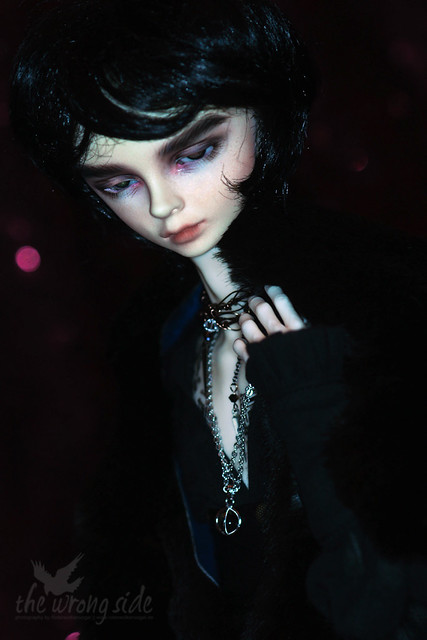 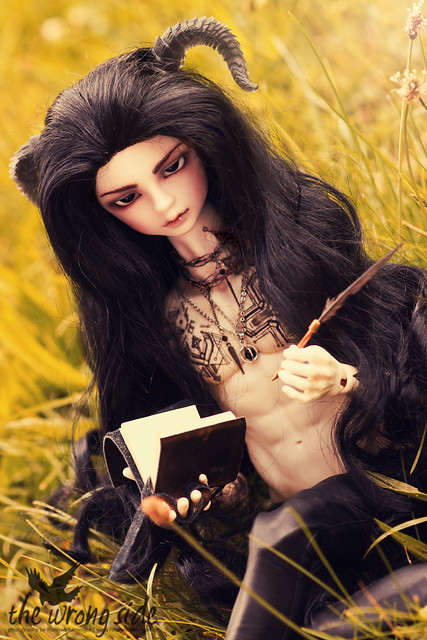 Character Stats
Profession: God of Hate
Element: Earth
Notes: The God of Hate was among the seven gods that came first and was – like the Goddess of Cruelty – slaughtered to ensure that the world would stay peaceful. Which it did not (of course).

Hate was reborn millenias later as the son of the seeress Thyra and the officer Stephanus. Thyra was soon executed as she prophesied that the Gods would win an important battle… which they did not. Stephanus the Older was imprisoned as he did not take kindly to his wife’s murder and Stephanus the Younger grew up as an orphan of some sorts. He soon realized that his strength was not normal for a demon of his age and status but wisely kept that to himself.

At the age of 15 he met Khaled and they managed to keep the hands off each other till Stephanus was legal (woho!). Around this time Stephanus gets officially recognized as the God of Hate by Harbinger (who is sadly unable to give the Council the intel as to where he is or the whole story would have been over then and there). They married pretty soon after and lived blissful for some centuries until a disagreement that is never specified by any off them makes Khaled turn his back on Stephanus for quite a time.

During the afore mentioned break Stephanus tackles the task to upend the Council once again – with the help of one of the seven creators he brings back Pazuzu, the Goddess of Cruelty. Only this time as his daughter which does spark some issues in the „congrats we were once married and I do have vivid memories of fucking you seven ways into next week but now you are my daughter and I really, really need a drink right now“-department.

Between raising Pazuzu, assembling an appropriate army, trying to stop Pazuzu’s tendency to go a bit overboard in the name of power (murder sprees, enough said) another thousand years pass until Pazuzu drags Khaled back. Then at least Stephanus is happy with the world again.

Stephanus is able to see the future (thanks to his mother’s genes) but most of the time refrains from using that ability as it comes with the general inability to move his body, bleeding eyes and headaches of hell as the ability to see the future is something that is usually only a prominent genetic trait in woman and only a few man can who have it can use it without experiencing the side effects as described. He also displays no emotion outwardly and instead lets Pazuzu display the emotions for both of them together (which results in Pazuzu often coming across way over the top in her expression of emotions).

Just as his daughter he only slowly regains the memories of his previous life.

past!Stephanus: The ‘original’ Stephanus as God of Hate was a cold man, only determined by the urge to take over the control as Head of Council to form the planet to his wish. This version was married to the ‘original’ Pazuzu. It’s widely acknowledged that the reborn versions of both Stephanus and Pazuzu have enough will of their own to not follow their old selves’ footsteps but to create their own path in a way that is less destructive as the one they walked before.