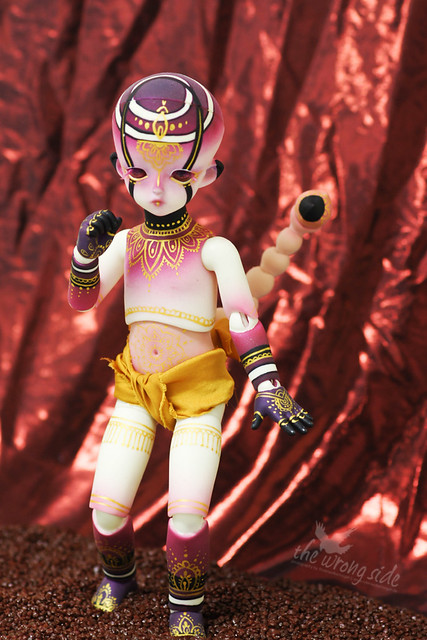 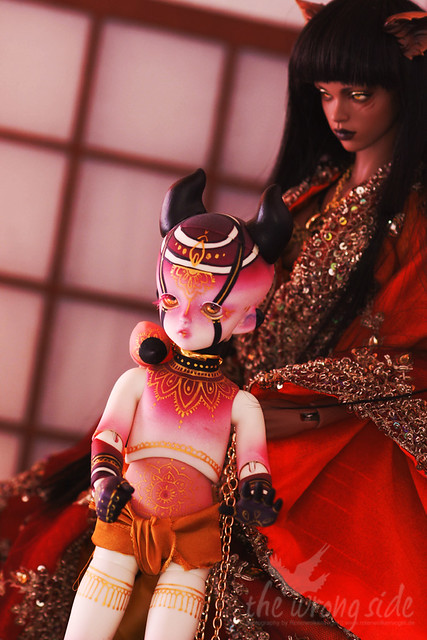 Character Stats
Profession: pet
Element: earth (sand)
Notes: Mitra had been out hunting when they caught them. Of course they knew of the risks, every single one of them knew to stay out of the way of traders’ caravans when they came through the desert and yet… here they were, uncomfortably in a small cage, strapped to a camel’s side and bumping into the furry body with each swaying step it took. And of course they had to fall into the hands of traders who knew their business, knew enough to inject them with the antidote that’d make stinging anything virtually useless. Silently, Mitra fumed. What had the old ones told them over and over again, when they were still small and buried under the hot desert sand? If they catch you, you’re dead. They will bring you into the big city and have you fight against each other in a life-or-death struggle until you die. There were no stories of escapees in their lore. If they caught you, you were dead. 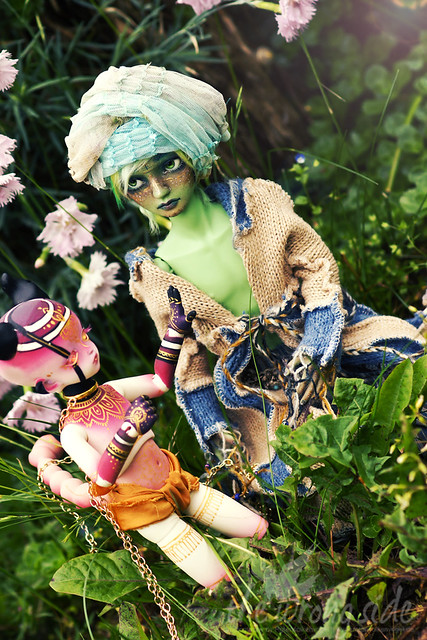 Mitra is from a race of scorpio demons living in the desert Qisir Torpaq. Fully grown they are not taller than toddlers. The nobles in ADEBOWALE’s capital keep the scorpio demons as pets to have them fight against each other as form of amusement in a sort of miniature gladiator fights. At large they try not to hurt each other during a fight but there has been a rise of scorpio demons who fight willingly for their masters to gain privileges.

Mitra is the pet of Keybanu, wife of High King Arundel and as such enjoys special treatment cause no one wants to anger the king by killing his wife’s pet. He fights with a trident and a net.

Scorpio demons are genderless beings, reproducing via parthenogenesis. They are popular due to their highly intricate markings and the fact that they anable the high society to basically set up entertaining fights everywhere. Just put up a bassin, toss two scorpio demons inside and let them begin!