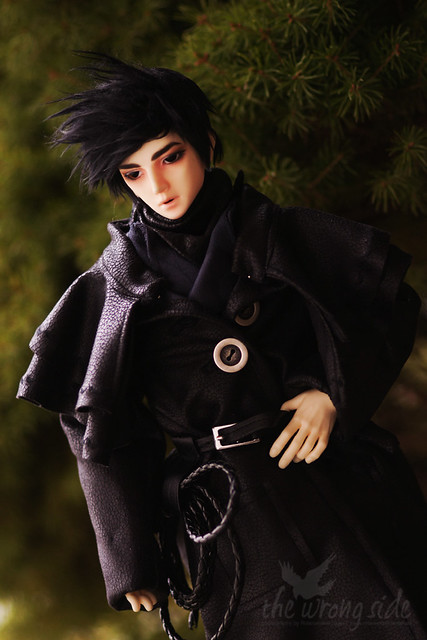 Character Stats
Profession: Demon
Element: earth
Notes: Twin brother to Thyra, recruited by the first Pazuzu to be one of ther triumvirat of officers leading the combined armies of Hate and Cruelty. After being dismissed by Pazuzu at the eve of the final battle to save her armies, he’s the only one of the triumvirat to not take the order „But you, you will forget, this, us and what we did“ literally. Instead he pretends to live a normal life and at its pretended end, he takes up residence in a home for the elderly.

Where he stays up until the reborn Pazuzu and Stephanus free Stephanus the Older and discover that oh hey, there’s an uncle no one talked about and also I figure no one ever visited him? (the „you’re a disgrace to this family“ is strongly implied)
So they do take up visiting said uncle, discover that he was connected to the previous Pazuzu and end up dragging him all over Silmä back to Land’s End to reinstate him as an officer to the army 2.o.

He ends up in a relationship with Luciel.