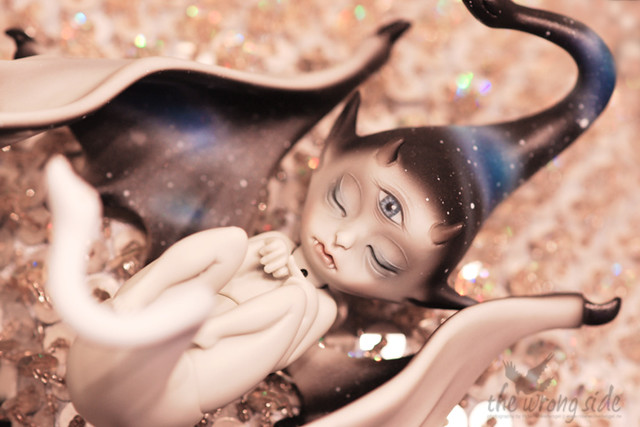 Character Stats
Profession: being
Element: none
Notes: After the beings had created Silmä, the gods and the world itself, they went back into the void they came from to observe their creations. It was universally agreed that none of them should intervene lest to upset the delicate balance.

(Then it all went to shit anyway when Hate and Cruelty decided to usurp. They also universally agreed not to speak of that again.)

As they had no true corporal form they tended to take on the forms they felt most comfortable with from day to day though most of them settled on one form over the millennia.

(Except the first being, it tended to just be a wisp of black smoke but quaintness was to be expected from beings as removed from earthly matters as the strived to be.)

The sixth being was the most uninterested one of them all. They had settled on a permanent form as the first of them all and since then hadn’t spoken a word nor opened their eyes. Only on its forehead a third eye appeared unblinking for the most part but gave no indication that it processed what it saw.

(They had simply put them in a bassinet where they laid motionless, drifting. Harbinger tended to take up residence right beside the bassinet when it took corporal form, an eternally grinning jester looking over the sleeping form, occasionally waving a chubby hand in front of the third eye as if to test what would happen.)