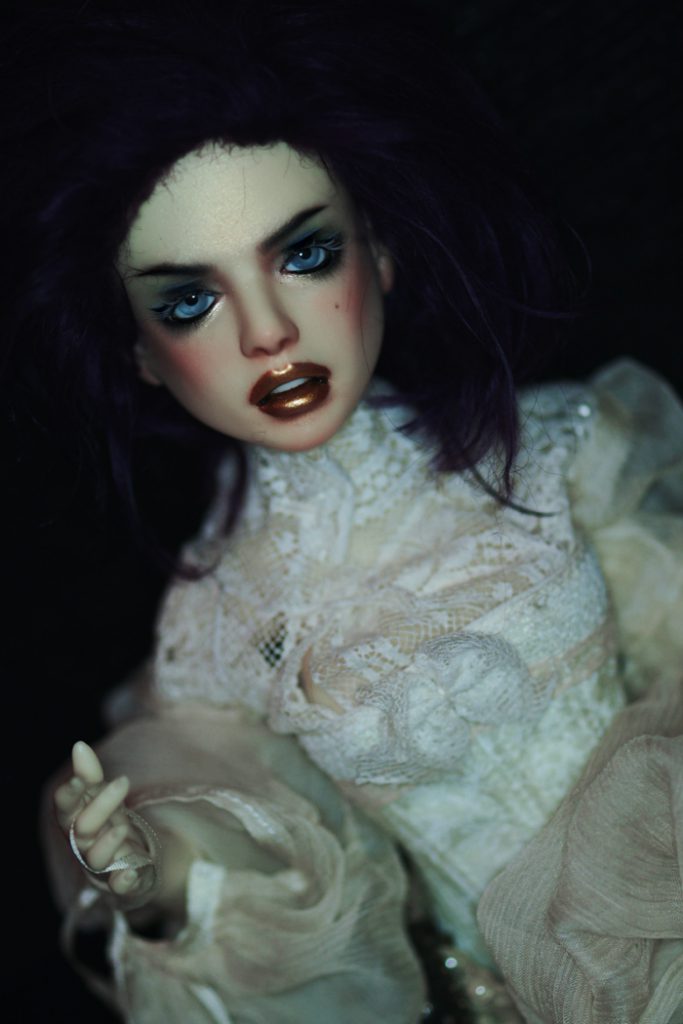 Character Stats
Profession: seeress
Element: none
Notes: Sirius is sister to Morgana, a dæmoness with whom Stephanus lives together during Pazuzu’s childhood in exchange of ‚healing‘ Sirius from her visions / hallucinations.
That this happens by means of mental manipulation and sort of brainwashing that gets him two loyal minions instead of one is a bonus.

Whilst Eleanor was raising the little girl as her own offspring, Stephanus was once again setting up a small part of his new housings as a laboratory of sorts, mainly set to bring Sirius into a more stable position regarding her mind. Weaning her off the opioids was the first step and it took considerable effort to not have the poor woman fleeing in animal panic as all the suppressed visions came back with full force. Morgan had to hold her down with her full body as her sisters emaciated body struggled in horror. For quite a while it looked as if insanity was taking root in Sirius’ mind once again and they had to make sure to keep the doors and windows locked tight to keep her from escaping in a bout of panic.

None of his notes had any insight for Stephanus how to relieve that pain, those horrid and useless visions and Morgana stopped Sirius from clawing out her eyes. The seer guild’s representative in Ciudad Blanca refused any help, citing the ruling that had ruled Sirius out as a true seeress, thus relieving the guild of any responsibility towards her. As Morgana was quietly fuming and clearly holding herself back from screaming after the departing seer, Stephanus came to a decision.

Magic held power over everything and everyone in Silmä and could be harnessed in many ways. Most common was elemental bending but spell work to bend the magic itself to ones will was common as well. The more powerful the person, the much more they could use magic to their advantages. However even the most seasoned magical users shied back from certain subjects – most common, the brain.

There were tomes and treatises but most based on assumptions and not true scientific research. Stephanus had read them all but had resigned himself to be only theoretically versed in these matters but now, now he had access to a person whose guardian was desperate enough to grant him permission to attempt something outrageous.

In order for the operation to work, Sirius had to be awake and alert, no medication to ease the pain, only strong chains binding her to a sturdy pillar in the basement. As Stephanus sat down in front of her, Morgana lit the candles they had placed in a circle around them. Then he set to work.

Hour upon hour passed while Morgana watched her sister scream until her voice broke and Stephanus sitting unmoving, eyes blank and unfocused. As the first pale morning light crept through the windows her sister was calm for the first time in ages, breathing easily and steadily. When the last candle flickered out, Stephanus closed his eyes and as he opened them again his gaze was clear. He unbound Sirius from her shackles and the woman stood tall and proud in front of him.

“It is silent. I can’t hear them anymore”, and Morgana wept as she hugged her sister tight.

This display of power bound the sisters closer to him than any vow could have done, even if they knew nothing of his true nature.

Sirius left soon after, for the very first time truly free to go wherever she wanted.