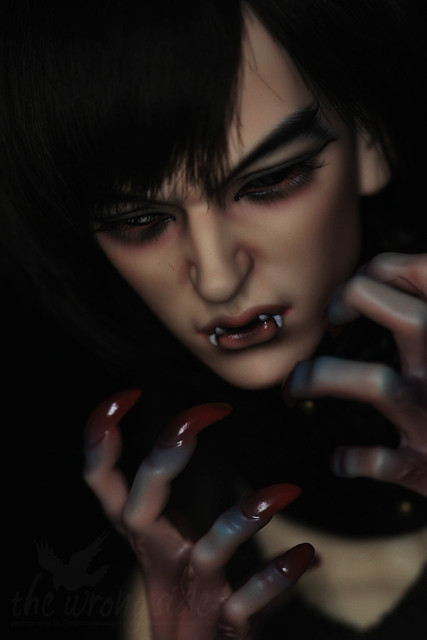 She found […] Mordecai, who came from one of the forest tribes that ran with the wolves and regularly took their shape as well, under the bridge in one of Silmä’s bigger cities.

After Hate and Cruelty’s defeat, Mordecai leaves to go back to his clan, pledging himself to their gods (which are not technically gods by definition but abstract concepts)

At dawn Cruelty spoke to her lieutenants: „We will not shed any more blood today. We will go with our heads held high and our dignity intact. But you, you will forget, this, us and what we did. How you will do that will be yours to decide but hide it well and truly.“ – she gave each of them a small statue of a praying woman with her face hidden beneath a cowl – „Each of them holds one part of my army. Hide those while you flee, hide them somewhere safe but whatever you do, forget where they are until you and they are needed again“ And each of the lieutenants took one statue and slipped unseen through enemy lines.

Mordecai went to his clan in the mountains, spinning stories of blood and fights in the cities and pledged himself anew to the gods they prayed to.

However, being a servant to their gods involves a lot of blood, castration and a permanent shift to become a god. Which ended up with him in the form of a a wolf permanently. Clan elders blame it „on the gods‘ mysterious ways“, Mordecai assumes someone royally butchered the ritual but okay.

He spends the ensuing eons as a god to his clan and tribe, living a pretty good life as a reverend sort of sage slash god until word of the new power of the „Lord and Lady“ reaches him. Curious as ever he sends out some whippersnappers, who’ve been clamoring for new adventures anyway, to see the whole mess for themselves and report back.

He is less surprised to hear his old superiors being described to him when they come back. After all, she promised, didn’t she? So the executive decision is made that this particular tribe shall join forces with Pazuzu and Stephanus.

Pazuzu is delighted to have him back, less delighted when she learns that he has no clue either howto get her army out of the statue because her old self never shared instructions and she can’t remember.