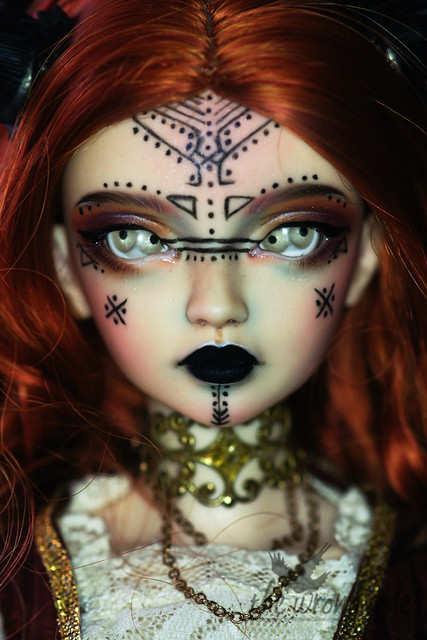 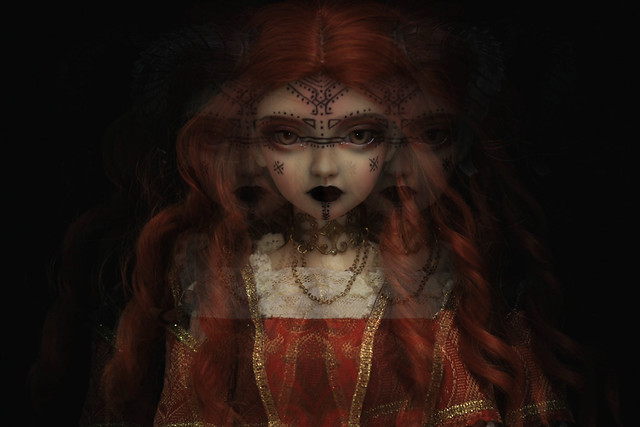 Character Stats
Profession: Witch / Magician
Element: Fire
Notes: Morgana is a dæmoness with whom Stephanus lives together during Pazuzu’s childhood in exchange of ‚healing‘ Sirius, her sister, from her visions / hallucinations.

She has a habit of taking in orphans.

Sirius left soon after, for the very first time truly free to go wherever she wanted. In order to fill the void her sister’s departure left, Morgana started to fill the house with children from Eleanor’s orphanage. First came Joy, a pale skinned shy girl that spent the first week barely able to walk without clinging to Morgana’s skirt, soon followed by Hernández, Liz and Miguel in rapid succession. The gangly youth Royce was brought home by Stephanus himself who had caught him trying to steal his purse. And so their little family was complete.

As another strong woman in Pazuzu’s early life, she does play a semi-important role in her formative years.

But by far she preferred playing with Morgana’s children. They played hide-and-seek in the castle’s vast array of rooms and listened closely when Morgana’s not-husband lectured them on the importance of not hiding behind anything in his laboratory if they preferred having all of their extremities intact until they reached adulthood. She and Joy, Liz and Hernández shared many a secret during quiet hours, tucked away in the gardens out of reach of preying ears.

Stephanus never shared his reasons with her why he provided her with everything and she chose to not question it. She has slept with Stephanus on occasion, but has no stronger longing for him.

This man was in fact source of much gossip in Ciudad Blanca’s upper circles, not only for how he lived together with a woman he was not wed to but also with a gaggle of children. Pazuzu had never witnessed any tender touches between them apart from what seemed to be respect from Morgana’s side.

They meet again years later with Pazuzu’s and Stephanus‘ Agenda in full swing. This is the first time she actually meets Khaled face to face, after having only heard about him what Stephanus was willing to share.

She as an affinity for fire as her primary source of power that also Features heavily into all magical rituals she carries out – she does not relish in fighting, is however proficient enough to hold her own.

Pazuzu has named her third child „Morgana Evanesca“ after her.