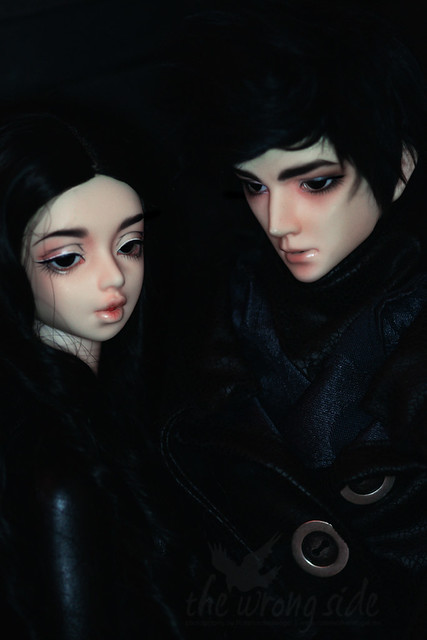 Character Stats
Profession: evil spirit
Element: none
Notes: Thyra and her brother Tyr are twins born at the beginning of Silmä – Tyr became an officer under Pazuzu and Thyra was a seeress who soon after the First War of Gods became the head of the seer guild for her uncanny abilities to see the future more clearly than others. She married Stephanus the Older and had two children – Allegra and Stephanus the Younger.

She was held in high regards until she phrophesied the Gods a victory that did not came to pass. She was executed shortly thereafter and buried in the far out outback. Her husband was imprisoned (as he did not take kindly to his wife’s execution) and her son fostered off into an orphanage. Her daughter had by this time long left home and only learned of her mother’s death during a Council meeting.

It is the reborn Pazuzu that digs her carcass up again to give her a proper burial – only it turns out that enough of Thyra’s soul has clung to life to make her into a twisted version of her former self, a vengeful spirit. Spirits are driven by one thought that powers them which can be good or bad. Thyra is driven by the urge to protect her son, which, originally good, has turned bad over the years and her single minded focus on protection does not know friend from foe. With reburying her out of question, Pazuzu and Stephanus transfer her into a pendant that Stephanus wears around his neck on a chain, bending her will enough to control her.

Stephanus can call on Thyra in battle where she acts as a formidable shield.

(Neither Tyr nor Stephanus the Older can bear to look at Thyra though – the twisted spirit version so unlike the sweet and loveable person she was when alive.)