END_OF_DOCUMENT_TOKEN_TO_BE_REPLACED

Also known as „that one roadtrip to France that was planned since 2014“ because I think the first talk of us all going to LDoll together emerged after Ldoll 2014 which was way too much fun and needed to be repeated. As LDoll skipped 2015 we all focused on this year. A big THANK YOU needs to go out to Santana/Sharkyra and Mimi for organizing this, especially the transportation! A+, would ride the bus from hell again with you!

To make it nicer, this entry will first showcase the pictures (which are not the full con! I am missing proper pics of the last four rows as by then we had to rush back to relieve poor Choco from booth watching duty… that and I am a shit phtographer when it comes to documenting, sorry) and then include my babbling.

My booth. First time doing it so excuse the less than professional McGyver thing I did.

END_OF_DOCUMENT_TOKEN_TO_BE_REPLACED

The left side of my diorama had felt a bit empty with only the white shabby chic-esque trunk and since I just couldn’t find a nice arker trunk in a style I wanted, I started to look at other options. My first try was a fireplace that I foolishly tried to make myself based on this fireplace. Lol yeah no. There was an attempt, gold star for that but no. Unfortunately my usual MO in terms of new furniture got me no fireplace () so I turned to other options. I then settled on getting a ‚Buffetschrank‘ – I don’t think there is a specific term for this in English? Basically in German it is a term for a shelf unit that is mainly used to store / display your dishes. What I went for is a more spartan option without any fancy glass doors and stuff, just simple wood and shelves which ended up being a good choice. The first version of this thing actually displayed my pewter teasets known from this entry. I quickly came to the realisation that this just would not do as it looked so off with the other stuff in the study so I began to ponder about other options.

This actually got me to think of Stephanus as a character as he is – besides being a god, hellbent on world domination, a loving father and prolly a bit nuts – first and foremost a scientist with an urge to know and to understand everything. So when I think of his study / lab, I think of the space of someone who has a lot of clutter from researching everything at once, a lot of books and other stuff and all ingridents you might need within reach of at least one surface used for essentially research itself.

So then I just killed my curio cabinet and moved all stuff into the new shelf unit, lol. I am mildly in love with how natural it looks and how lived in!

The downsides are now that I had to switch the phonograph with the curio cabinet for spaces sake and the curio cabinet is now super empty and I have no real idea what to put in it. Same goes for the top of the desk as I stole a lot of things from that place as well.

So the next step will be to fill the void of those things – I have a few ideas!

Let me preface this entry by saying that I fucking love doll dioramas and my envy and admiration for people doing dioramas knows no bounds. One of my total idols in terms of dioramas are Danielle VitaPlastica, Real Dolls of Plastic Wood and Seiji/Zirkussoldat who has the cutest set-ups for her dolls.

END_OF_DOCUMENT_TOKEN_TO_BE_REPLACED

I just realised that with me actually taking more pictures than just the weekly ADAW ones, a lot of them won’t show up on my blog when I post the ADAW ones in bulk at the end of the year. So, random shots entries are a go! 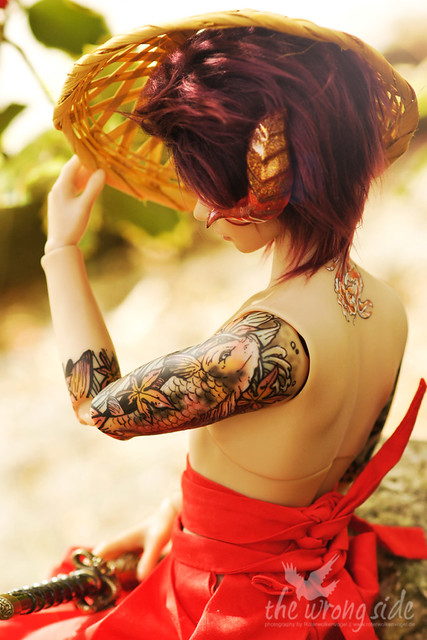 Akira recently got his tattoos and pft, tattooed dolls are my weakness. 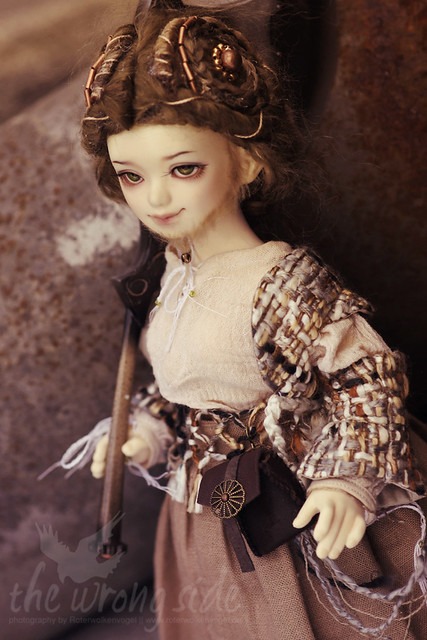 My aesthetics however are bearded dwarf ladies <3

END_OF_DOCUMENT_TOKEN_TO_BE_REPLACED

A lot happened in the furniture department since my last entry on this topic. Mostly to my wallet /ahem

Even if this entry might be out-dated by next Tuesday (I am bidding on some sweet white wicker patio furniture) I wanted to write it now cause I now my procastinating self. So I included my two custom furniture pieces in this entry!

END_OF_DOCUMENT_TOKEN_TO_BE_REPLACED

Okay this boxopening is actually from last year February (gosh so oooooold) but I want it over on my website too cause FFS, it’s a Volks Ian!

END_OF_DOCUMENT_TOKEN_TO_BE_REPLACED

Though if my weekend habit of hardcore browsing through eBay and etsy is recommended is debatable. But it is a fact that I got a lot of my favourite props and furniture simply because I can spend hours upon hours going through listings after listings and measure stuff. My favourite tags to look through on eBay are certainly „salesman sample“, „apprentice piece“, „American Girl furniture“, „hina doll“ and „gogatsu“ on ebay.com, „Puppenstubenzubehör“, „Kaufmannsladen“ and „Puppenstube Zinn“ on ebay.de and „vintage miniature“ on etsy.com. Most of my pieces were found in those search tags.
Of course the prices vary greatly (esp. regarding salesman samples) so it pays to rerun searches with specific tags when you find something you like and you might find it for a better price.

This entry I wanted to showcase the stuff I got so far simply because I love seeing other people’s props and it might be helpful for some of you searching for props and furniture! This also won’t include the custom made furniture commissioned specifically for my dolls cause that’s a whole other bag of bugs. This kicked it off – that’s a Hinamatsuri display piece of a tea ceremony set that turned out to be perfectly sized for MSDs.